Michael Braithwaite, a special needs assistant, was told he could not be employed at school as he did not have biometric card
Braithwaite had worked at a north London primary school for more than 15 years. 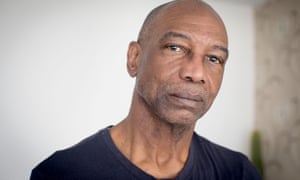 Photograph: Alicia Canter for the Guardian

An experienced special needs teaching assistant lost his job after his employers ruled that he was an illegal immigrant, despite the fact he has lived in the UK for more than 50 years.

Michael Braithwaite, who arrived in Britain from Barbados in 1961, had worked at a north London primary school for over 15 years when a routine check on his immigration status revealed he did not have an up-to-date identity document.

Full story on The Guardian

You can find out more about which cookies we are using or switch them off in settings.

This website uses cookies so that we can provide you with the best user experience possible. Cookie information is stored in your browser and performs functions such as recognising you when you return to our website and helping our team to understand which sections of the website you find most interesting and useful.

You can adjust all of your cookie settings by navigating the tabs on the left hand side.

Strictly Necessary Cookie should be enabled at all times so that we can save your preferences for cookie settings.

If you disable this cookie, we will not be able to save your preferences. This means that every time you visit this website you will need to enable or disable cookies again.